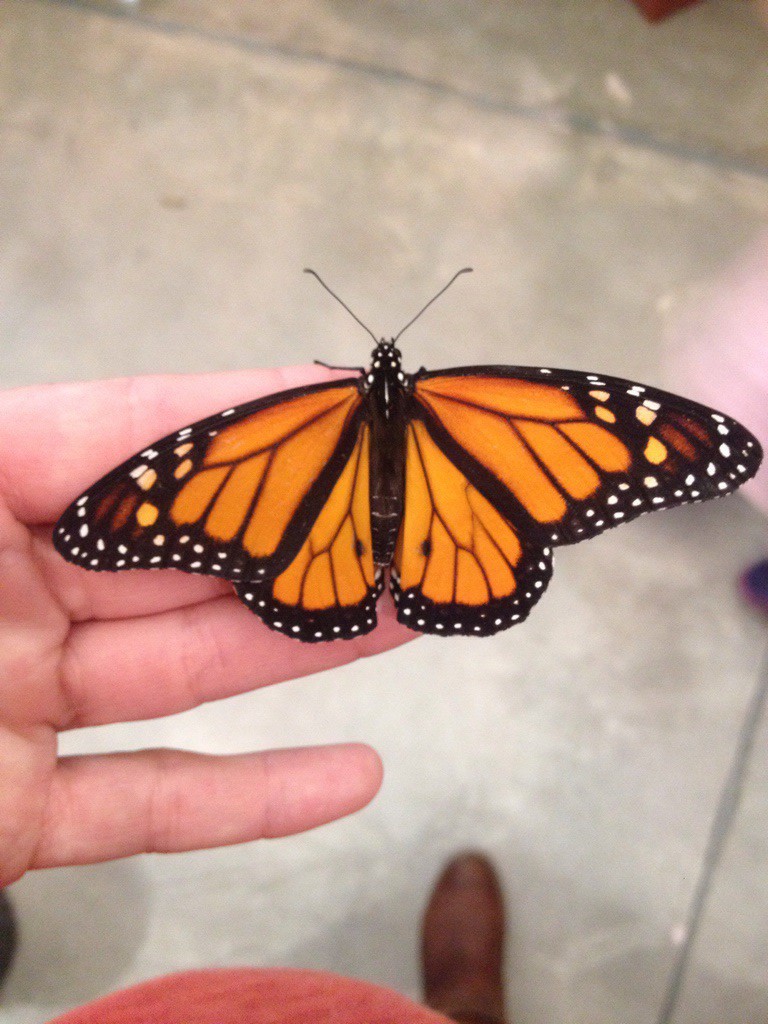 Lately, there has been a great deal of coverage on pollinator health in the media, and the need for conservation of bees in particular. Obviously, as a conservationist and an interdisciplinary agricultural professional, I am strongly in support of conserving any species, especially those with huge economic impacts in agriculture, like the pollinators. However, I can’t help but be slightly frustrated by the emphasis placed on specific pollinators, like the bees and the monarchs. Every Friday, we have our Departmental seminar, which is preceded by a coffee hour in which several of us get together and frequently discuss whatever is happening in the entomological world. This past week, several of us were once again surprised that were having another pollinator seminar, keeping in mind that our Department does so much more than pollinators. Obviously, the attention that pollinator decline is receiving is beneficial for the entire field of entomology, but with that said, so many services beyond pollination provided by arthropods have a significant dollar value, including the decomposition of organic matter, and contributions to recreation and commercial fisheries and pest control. Our professional society, the Entomological Society of America, has an entire journal dedicated to economic entomology, and the recent attention entomophagy is receiving in the United States also puts an interesting spin on the dollar value of insects as a different type of agricultural business, as well.

But, I suppose part of the reason I am frustrated by the pollinator conservation language lately, is in part due to the “these things have economic value” language that so many discussions start with, these days. Obviously, this is an effective way to appeal to various policymakers, etc., but it is also hard to put a dollar value on the loss of enjoyment that some of these animals might bring. Every year, Penn State puts on a large farm show (Ag Progress Days), and this year our Department set up several tents where people can enter and hold monarchs and other butterflies. It was surprising to me the number of times that older gentlemen, often wearing camouflage or John Deere hats, commented that they don’t see nearly the same number of butterflies now as they did when they were children. These are the same gentlemen who would ask me about cover crops or conservation tillage while they were in the tents with their grandchildren, and the very same men to whom I imagine the “pollinator decline will cost you money” lingo is probably geared. This, to me, is another indication that farmers often have a better sense of what is happening around them than we—the scientists—do, and that the media, scientists, policymakers, etc., do not give people the benefit of the doubt when we start dictating what people should care about based on economic value. Much like my own grandfather, I imagine these gentlemen definitely care about the economics associated with their agricultural businesses, but likely want their grandchildren to be able to experience simple pleasures like chasing butterflies through the forest as well.

Clearly, I am happy to use whatever language is necessary in order to affect change related to conservation of arthropods (and other resources), be it discussing the economic value of biodiversity, or otherwise. But, while using that language, I think it is important to remember that so many wonderful species exist on this planet, and that it is worthwhile to acknowledge that people do care about these creatures for reasons other than what their loss will cost us economically. I will end this blog, then, with a few pictures of some of random favorites I have come across over the years.

Weevils, I love them so much. I wish I had a better picture of this one from Panama.

Turning over logs at home at the ranch.